Regarding the ‘Russian Run’

Posted on January 6, 2016 by krasnajasvoboda

Unnoticed by strangers, a curious event worthwhile mentioning took place in the centre of Moscow. The so-called Russkaya probezhka (Russian Run) took place on the morning of January 1, 2016 through the centre of Moscow (from the Cathedral of Christ the Saviour to the Monastery of the Holy Mandylion) without any ‘permits’ from the city hall nor any ‘security’ on the part of the police. There was absolutely no police presence at the event, which, for Putin’s Russia, in which even inoffensive flash mobs are blessed with the presence of OMON (Special Purpose Police Units), happens to be a very unusual phenomenon.

The event’s circumstances seem unusual only at first, if we are to look more closely, then you can see that the ‘youth run’ through the centre of Moscow was led by the ‘veterans of Donbass’, more particularly members of РНЕ (RNE – Russian National Unity). They do not need the city’s ‘permits’, nor the polices ‘protection’, because they are a part of the regime. 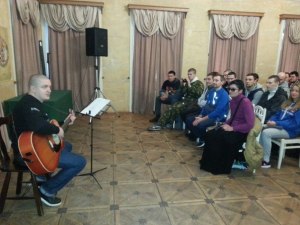 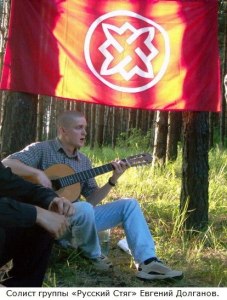 While the Russian media was talking about the pro-Bandera marches in Ukraine, on January 1, 2016, in the centre of Moscow, without any extra noise, members of RNE held the ‘run’ for the youth, a part of which is getting ready to play the role of cannon fodder in Donbass.

Originally published on 03.01.2016 on the vk.com-based left-wing news portal Леворадикал.