Posted on August 13, 2016 by krasnajasvoboda 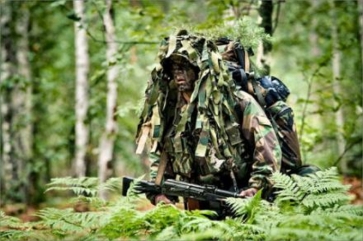 Due to VSU’s (Armed Forces of Ukraine) great losses, a lack of coordination and cooperation between the subdivisions while conducting combat operations, a low level of moral and psychological conditions of VSU’s troops, the Ukrainian military’s leadership made the decision to activate the Special Operation Forces under the leadership of the bloody diversionist, general Lunev, has announced today to journalists the leader of the People’s Militia of the Donetsk People’s Republic (NM DNR), Denis Sinenkov.

“Their main task is to conduct sabotage and intelligence activities on the territory of the Republic focusing on critical infrastructure and the civilian population. In this manner, on the night of 7-8 August, the pumping station, Mayorskaya, which acts as a backup water supply source for settlements in Gorlovka area, was powered down. Also, due to damages caused to the gas pipeline and electrical transmission line, a part of the Petrovsky area of Donetsk city was left without gas and light”, told Sinenkov.

He also added that the so-called ‘specialists’, stepped up their activities even in the areas, where the entry-exit checkpoints are located. Particularly by artificially creating queues at junctions and shooting sniper fire without aiming, the goal being to spread panic among the civilian population, create a tense atmosphere and subsequently blame NM DNR for making provocations at checkpoints. During the past week, DNR border control points, Aleksandrovka and Mayorsk, suffered from this kind of bombardments.

These actions, according to Sinenkov, are facilitating the task of extorting the civilian population at the control checkpoints by VSU servicemen.